This is Marcia Lane, your roving reporter.

A 64-year-old man accused of shooting another in the back is due in court in St. Augustine today. Derick Eubanks was identified by the shooting victim who was found in a park on Riberia Street in Lincolnville around 10:45 a.m. Tuesday. That led to a manhunt in the area involving St. Augustine Police, St. Johns County Sheriff’s Office and U.S. Customs and Border Protection. Residents were warned to stay indoors. Within about an hour Eubanks was found and arrested. The shooting victim was flown to Orange Park Medical Center and was in stable condition. Eubanks was arrested in March on charges of battery, marijuana possession and resisting arrest.

The Dolly Parton Imagination Library is now fully active in all of Putnam County. That means any child ages 0-5 can be signed up to receive one free book a month in the mail free of charge. Hunger Fight in Northern Florida has secured funding for the program. To sign up, go on line to imaginationlibrary.com. Since it began, Parton’s book giving program has handed out more than 123 million books.

The lines were forming in East Palatka Tuesday as Popeye’s Restaurant opened on U.S. 17 South. There’s already a Popeye’s franchise in Palatka off State Road 19 but now people won’t have to cross Memorial Bridge.

Flagler County has begun the process to find a new school superintendent. The school board met Tuesday agreeing to hire a consultant and set up a community advisory committee as they begin the process which could take up to nine months. The board agreed to hire consultant Andrea Messina of the Florida School Board Association. She helped them find current superintendent Jim Tager two years ago. Tager is in the state deferred retirement program and will be leaving next June.

Be prepared for traffic disruption in the San Mateo area along U.S. 17 South between 9:30 p.m. Thursday and 5:30 a.m. Friday as crews work on new northbound lanes. Drivers can use San Mateo Road and Horse Landing Road for detours. The Dunn’s Creek Bridge will remain open.

Flagler County commissioners okayed 24 grants totaling $76,000 for tourism events, but some of the losing proposals were a surprise. Among them the Rotary Club’s Fantasy Lights in Town Center, the chamber of commerce’s Creekside Festival at Princess Place, the Palm Coast Yacht Club’s holiday boat parade and Hot N Spicy festival and its Independence Day celebration. Money to fund the events comes from tourism revenue including taxes on overnight stays.

St. Johns County authorities have identified the body of a man found floating in the Intracoastal Waterway Friday. Clayton Paul Allen, 43, is believed to have been a transient living in St. Johns County. His last known addresses were in the western region of the U.S. including Texas. The Sheriffs’ Office says the death is still under investigation although no signs of foul play have been found so far. Toxicology results are pending.

Be careful in Putnam County school zones. Beginning today the county and school district have the caution lights in zones turned on. They’re checking out the beacons before school starts Monday and they’re giving drivers a heads up to remember to start obeying speed restrictions in the zones. 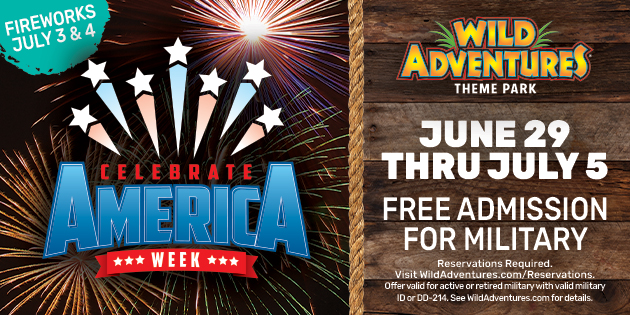