By marywiydradio • October 3, 2019
This is Marcia Lane, your roving reporter.

Rain may be scarce but there’s enough standing water to give mosquitoes breeding grounds. That’s bad news since St. Johns County has detected an increase in activity for West Nile virus and Eastern equine encephalitis both mosquito-borne illnesses. The increases were found during routine checks of sentinel chickens, used to detect such illnesses. No humans are reported affected. Officials urge people to drain items with water and to keep themselves covered including using repellant.

First Baptist Church of Palatka will be looking for a new senior pastor after their pastor Brad Hall was chosen to be the new head of Rodeheaver Boys Ranch, a non-profit that provides homes for boys who have been displaced. Hall replaces Ken Johnson who is retiring after 23 years as director. Hall takes over Nov. 1.

Flagler County School Board members are putting together their wish list for a new school superintendent. Current superintendent Jim Tager, who has led the district to an A rating, will retire in June. The list of qualities was long but officials did agree to move up the timeline and will pick their choice before April 14, the original date selected. They want to give the new superintendent time to prepare for his job.

Vaping has come under criticism lately but turns out working in vaping stores may not be so safe either. St. Johns County Sheriff’s deputies are keeping two vaping stores on County Road 210 in St. Johns County under watch after employees said they were threatened. Employees at Fuzion Vapor and Venice Smoke Shop told deputies a man came in, accusing employees of making his son sick, claiming they sold his son THC oil. They said he verbally threatened them and told them to watch their backs.

Walton Pellicer will be running for the District 5 seat on the Putnam County Commission in 2020. He’s filed his intent with the Putnam Elections Office to run for the office. Buddy Goddard currently holds that seat. He won it from Pellicer in 2016.

Rotary Club of Crescent City holds its annual Swine and Wine fundraiser this Saturday from 6 to 11 p.m. Location is 351 Clifton Road in Crescent City. That’s the former Wesnofske Farms where potatoes once ruled.

Flagler County Sheriff’s Office is getting a boost to enforcing its sex offender program. The office will receive a $150,000 grant to fund both a sexual offender and predator detective and a part-time crime analyst. Sheriff Rick Staley says he hopes that will send a strong message to sexual offenders living in Flagler County “that we are here to ensure they are in compliance.” Since June four people have been arrested for sexual offender violations including one man who has living in a residence where a daycare business was operated.

Tonight Palatka and Putnam County residents get a chance to meet the five finalists for the job of Palatka city manager. A meet-and-greet is set for 5-7 p.m. at the River Center on the St. Johns River and is open to the public. City commissioners hold a special meeting Friday at 3:45 p.m. to interview the applicants at City Hall. The meeting is open to the public. 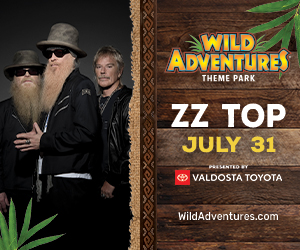 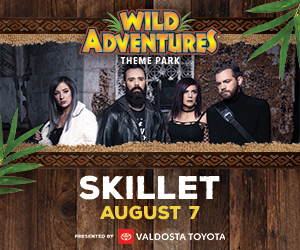