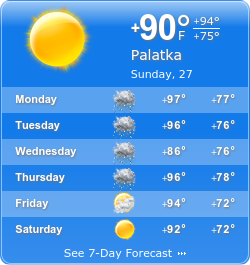 Jackie Smith, Support Professional of the Year for the Putnam County Schools 2021 at WIYD/WPLK

Ash Wednesday Cross on the Forehead of Mary

Sandra G picks up trash for our Pick it up Putnam. Send us your “trashy” picture to be entered into our monthly drawing for a good bag.

PICK IT UP PUTNAM! George and Mary invite you to pick up trash and send that “trashy picture” to us at marywiydradio@gmail.com to win prizes!

This is Marcia Lane, your roving reporter. A crash involving a train caused a fatality in St. Augustine this morning, according to the St. Augustine Police Department. The crash occurred in the area of North Ponce de Leon Boulevard and Saragossa Street. Traffic was blocked and had to be rerouted. The accident is under investigation…. Read More ›

This is Marcia Lane, your roving reporter. Despite concerns by election officials, voters turned out for Tuesday’s Presidential Preference Primary although early voting and voting by mail helped up turnout percentages. In Putnam County voter turnout was 21.76 percent. In Flagler County 33.44 percent and in St. Johns County 24.63 percent. Area counties followed the… Read More ›

This is Marcia Lane, your roving reporter. As coronavirus concerns continue spreading, events, festivals and fairs are being cancelled. Among sporting events it’s The Players Championship in Ponte Vedra Beach. First word was golfers would continue play today through Sunday but without spectators. Now the decision is the PGA tournament is off as will be… Read More ›